Reprinted from the CASBA Newsletter:

This strawbale home that survived is located near the end of Norrbom Road, north of the City of Sonoma. The residence features strawbale walls coated in Natural Hydraulic Lime plaster, rusted metal roofs and a concrete terrace adjacent the wood frame walls. While the fires burned up to the plastered bale walls, and charred a sliding wood door, the home did not catch fire. The owner stated,

“I think it pretty much survived on its own, with some patrols for hotspots. [It] looks like once power is restored all our systems are go. We are SO LUCKY! Go Strawbale construction!”

Michel Couvreux of TransMineral, purveyors of the Natural Hydraulic Lime used to plaster the walls of the home, noted that the pink hue is the result of the heat of the fires drawing out iron oxides from the mineral impurities in the lime mix, and that they use heat to create some of the colors. He added that the walls suffered no permanent damage and should be serviceable well into the future. Michel provided CASBA with these photos of the home after the fire.

In 2010, the historic Provo Tabernacle experience a catastrophic fire. A few months after the fire, the LDS Church decided to restore and reconstruct the building, turning it into Provo’s second LDS Temple. The project was 100% repoint with NHL 2 and included masonry reconstruction for several gables, entry ways, and top of walls. 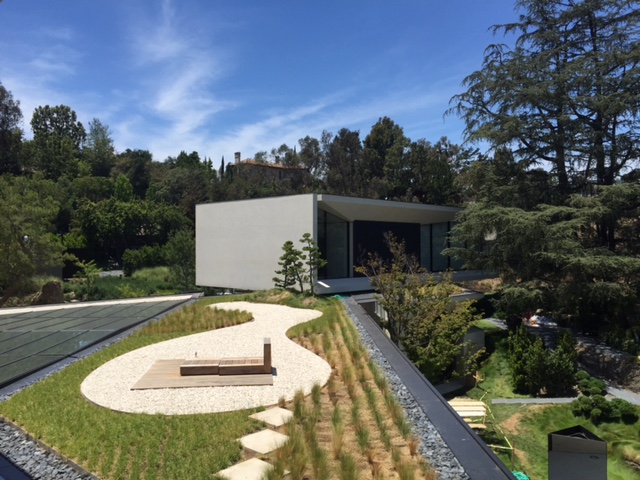 In this extensive private project, all of the original plaster on the main home was removed and replaced with a NHL base coat and EcoMortar® finish coat. For the pizza oven and garage, new structures were built and finished with matching NHL and EcoMortar® plasters.

As noted, some photos are courtesy of MAD architecture.

San Francisco’s Monadnock Building, designed by Frederick H. Meyer, is famous for surviving both the Great San Francisco Earthquake and Fire in 1906 when it was partially constructed, and two separate attempts by the U.S. Army to destroy it with dynamite. Today, this historic building is undergoing restorative repointing using NHL 3.5.

St. Patrick’s Cathedral is a well-known New York City landmark that is undergoing a large restoration effort. The Cathedral was completed in 1878. Restoration work includes cleaning and repointing all exterior stonework and repairing the stained glass windows. Limeworks.us is supplying all of the lime mortar using their Ecologic Mortar (SCG) F, which is made from Saint Astier® natural hydraulic lime and sand.

All images are courtesy Limeworks.us.

TransMineral, USA was established in 1997 by Michel Couvreux, an architect in France and the U.S. His familiarity with traditional “old world” building techniques and materials have been instrumental in their revitalization in the U.S. along with his stewardship of implanting Saint Astier® Natural Hydraulic Lime in the North American building sector.